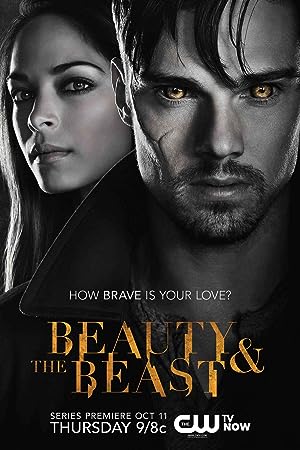 Detective Catherine Chandler (Kristin Kreuk), shaken to the core over the fact that everything she thought she knew about her life has been a lie, is determined to get answers to the secrets that have been revealed about her family. The cat must also try to navigate her evolving relationship with handsome doctor Vincent Keller (Jay Ryan), who struggles with becoming a terrifying beast when he is enraged, unable to control his super-strength and heightened senses. Cat and Vincent continue to grapple with the desire to be a normal couple while trying to keep a low profile in order to stay one step ahead of the mysterious organization known as Muirfield, now on the hunt for both of them.

Catherine Chandler witnessed her mother’s murder and was almost killed herself until someone—or something—saved her. After nine years, now working as a detective for the NYPD, a case leads her to Vincent Keller, an ex-soldier believed to have been killed in action during military service, who is actually alive. As Catherine comes to know him, she finds out more about her mother’s murder and about who—and what—Vincent really is.

I can’t understand the negative reviews, I enjoyed the first episode and found it demanding of my attention (I watched on HULU while doing other tasks… or not doing them, because, as I said, it grabbed my attention). The acting in this show is quite a bit better than most CW offerings, and Jay Ryan is well cast as Vincent. IMHO, and Kristen Kreuk’s personality aside (I don’t see how it has anything to do with the quality of the show, as actors are notoriously self-absorbed, so I think the hit piece published above is irrelevant and I’m surprised it was approved) I find Kreuk’s performance to be just the right combination of the tough exterior with fragile insides.

So far as the story is concerned, it’s off to a bit of a slow start, but it’s not uncommon for a good or even great show to take some time to build its world. This will take a bit of time as the writers seem very focused on establishing the two main characters and their relationship to each other. I was also impressed that the action sequences did not dominate the show. They were short, well done, and added to the story instead of hiding any flaws. I’ll be giving a few episodes to see how well it builds.

Episode 07 – Out of Control

Checkout: There’s Someone Inside Your House (2021)