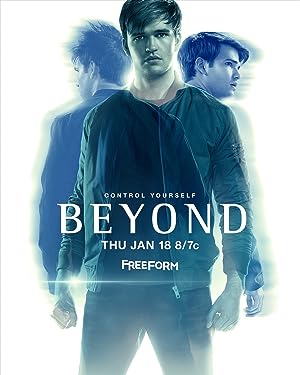 Beyond American fantasy drama science fiction television series created by Adam Nussdorf that premiered on Freeform on January 1, 2017. The series stars Burkely Duffield, Dilan Gwyn, Jeff Pierre, Jonathan Whitesell, Michael McGrady, and Romy Rosemont. On January 10, 2017, Freeform renewed the series for a 10-episode second season, which premiered on January 18, 2018, and finished on March 22, 2018. On March 29, 2018, Freeform announced they had canceled the series after two seasons.