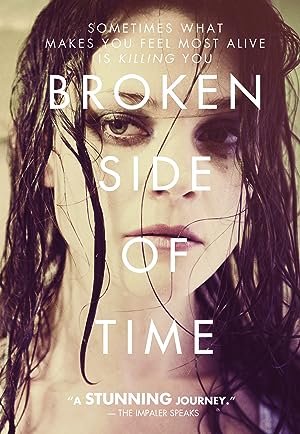 Broken Side of Time (2013)
126 min|Drama|28 Jun 2013
4.7Rating: 4.7 / 10 from 105 users
Over a million women have modeling portfolios online. BROKEN SIDE OF TIME is the story of Dolce, one of the models who've made a career of it. But now 30, and tired of competing with 18-...
Director: Gorman Bechard
Creator: Gorman Bechard, Lynn Mancinelli (additional dialogue written by)
Actors: Lynn Mancinelli, Audria Ayers, Olivia Whelan, Jessica Mazo

Note: This is Not an Official Hindi Dubbed It’s a Hindi Fan Dubbed Version!!

Broken Side of Time 2013 Film Review:

This is a film that grew out of making my first documentary, “Color Me Obsessed, a film about The Replacements,” and the idea of shooting a fiction film the same way we’d shoot a documentary. No script. Just an idea for a beginning and an end, and we’d let the footage captured dictate the story when we got to the editing room. But I knew to make that work I needed a brilliant lead actress, so I turned to Lynn Mancinelli from my “Friends (With Benefits).” She will break your heart in this film. She will speak to the wrong decisions we all make, the abuse we oftentimes inflict upon ourselves, knowing we need to stop, but unable to, until rock bottom is hit.

P.S. The DVD edition on sale May 20, 2014, features a number of great EXTRAS, including 5 extended unedited photo shoots, a bunch of deleted scenes, extended scenes, and some really funny blooper outtakes. Plus, there’s a featurette on how we created the look and feel of the film and got it made on such a low budget using Kickstarter.

Over a million women have modeling portfolios online. BROKEN SIDE OF TIME is the story of Dolce, one of the models who’ve made a career of it. But now 30, and tired of competing with 18-year-olds, dolce realizes what makes her feel most alive is also killing her. A world where any woman can play the role of a model and any man can be a photographer, and where even the best of them must consider whether the fame and money are worth the cost.

Taglines: When what makes you feel most alive is killing you.