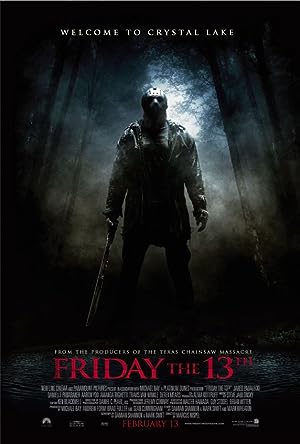 Friday the 13th is a 2009 American slasher film directed by Marcus Nispel and written by Damian Shannon and Mark Swift. The film is a reboot of the Friday the 13th film series, which began in 1980, and is the twelfth installment in the film series. Nispel also directed the 2003 remake of Tobe Hooper’s The Texas Chain Saw Massacre (1974), while Shannon and Swift had written the screenplay for the 2003 crossover Freddy vs Jason. Friday the 13th follows Clay Miller as he searches for his missing sister, Whitney. Who is captured by Jason Voorhees while camping in woodland at Crystal Lake?

As legend has it, the last survivor of the attacks beheaded the woman. But then Jason came back. He is a vengeful and inexorable killer, wielding crossbows, swords, axes, and other sharp instruments. The legend proves horribly true, as these campers quickly discover. Six months later, the brother of one of those campers distributes posters of his missing sister. The police believe she took off with her boyfriend, but he knows better. The brother crosses paths with a guy who is having his girlfriend and friends over at his parents’ cabin. The brother ends up at the cabin himself just before his sister’s attacker sets upon them all.