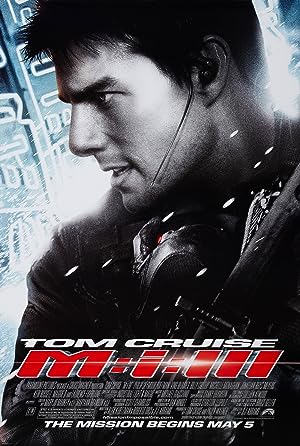 Mission: Impossible III 2006 American action spy film co-written and directed by J. J. Abrams (in his debut as a film director), co-written by Alex Kurtzman and Roberto Orci, and co-produced by and starring Tom Cruise in the role of IMF agent Ethan Hunt. It the third installment in the Mission: Impossible film series, following 2000’s Mission: Impossible 2. In the film, Ethan (Cruise) retired from fieldwork for the Impossible Missions Force (IMF) and trains new recruits. However, he sent back into action to track down the elusive arms dealer Owen Davian (Philip Seymour Hoffman).

Mission: Impossible III premiered at the Tribeca Film Festival on April 26, 2006, and released in the United States on May 5, 2006. It received positive reviews from critics and commercial success, grossing over $397 million against a $150 million budget. It followed by Mission: Impossible – Ghost Protocol in 2011.