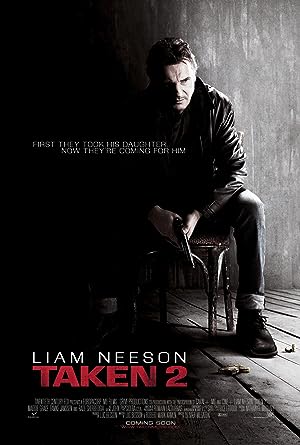 Taken 2 2012 English-language French action thriller film directed by Olivier Megaton and starring Liam Neeson, Maggie Grace, Famke Janssen, Rade Šerbedžija, Leland Orser, Jon Gries, D.B. Sweeney, and Luke Grimes. The film follows Bryan Mills taking his family to Istanbul, only to be kidnapped, along with his ex-wife, by the father of one of the men he killed while saving his daughter two years prior.

It the sequel to the 2008 film Taken and the second installment in the Taken trilogy. Released on 5 October 2012, the film grossed over $376 million at the box office but received largely negative reviews from critics. A third film, Taken 3, released on 9 January 2015.