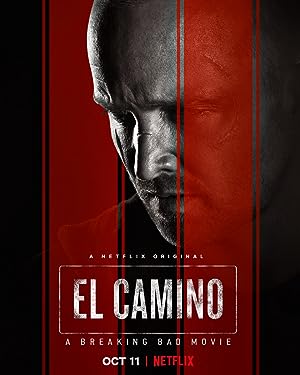 El Camino: A Breaking Bad Movie (El Camino) 2019 American neo-western crime film that serves as a continuation to the television series Breaking Bad. Series creator Vince Gilligan wrote, directed, and produced the film, while Aaron Paul reprised his role as Jesse Pinkman. The plot follows what happens to Pinkman following the events of the series finale. Several actors, including Bryan Cranston, Jesse Plemons, Krysten Ritter, and Jonathan Banks, reprise their original roles from the series. El Camino was also the final film to feature Robert Forster, who died on the day of its release. A Breaking Bad feature film rumored ever since the series’ finale in 2013.

Gilligan approached Paul with the idea in 2017, near the tenth anniversary of Breaking Bad, and filming began in secret in New Mexico in November 2018, lasting nearly 60 days. The project remained unconfirmed until August 2019, when Netflix released a trailer. El Camino released digitally on Netflix, as well as limited theatrically, on October 11, 2019, with television broadcast at a later date on AMC. It received positive reviews from critics, who praised Paul’s performance and noted the film as closure for fans of the series.