All the rules are broken as a sect of lawless marauders decides that the annual Purge does not stop at daybreak and instead should never end.

In 2048, eight years after Charlene Roan’s presidential election, the New Founding Fathers of America (NFFA) have regained control of the U.S. government and have re-instituted the annual Purge with its original rules. Racial supremacy and nativism have surged nationwide following their re-election, and many outside the ruling party are concerned that the upcoming Purge will inflict more damage on the country than the NFFA realizes. Married migrant couple Juan and Adela illegally cross the border into Texas to escape from a Mexican drug cartel and build a new life, with Juan working as a farmhand on the Tucker family ranch while Adela begins working near Austin.

Ten months later, on the eve of the next annual Purge, Juan and Adela join a migrant community behind a walled sanctuary with armed security to protect them. As the Purge begins, Adela witnesses a Purger group, who declare themselves to be a “Purge Purification Force” (PPF) that intends to kill those that they consider non-American. The group passes by without hostility, and the migrant community survives the Purge with no incidents. Come morning, Juan and Adela return to their jobs, but both notice that many of their co-workers did not report to work. Shortly after, Adela is attacked by two Purgers but she is rescued by her boss Darius before both are arrested by police for killing their attackers.

By now playing the Purge events in daylight, the film does lose the tension that slasher films have by letting the killer commit his murders in the shadows of the night. This way you can also see the cheapness of the film earlier. Slasher fans may be annoyed by the cheap and unrealistic horror effects. Dolls were used for the dead bodies and the fake blood is thicker and darker than real blood. Furthermore, they only try to create tension with jump scares, but most of them are predictable and don’t work like that.

Like the other Purge film, the film also has a political message. This time it’s a lot about how hard it is for immigrants in a new homeland with a corrupt, racist society.

The film cast also consists more of actors who have played more TV roles or only minor movie roles. Most also play characters that aren’t really developed in the film, making the viewer quickly forget their names and what they do. When a name is mentioned of a character who has disappeared or has been killed, you often do not know exactly which character it is. 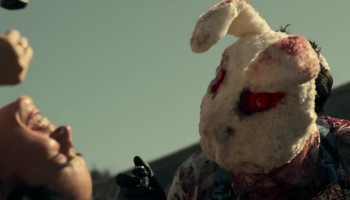 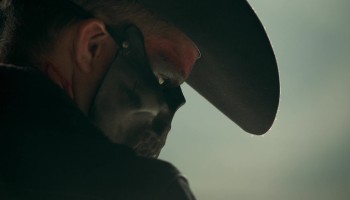 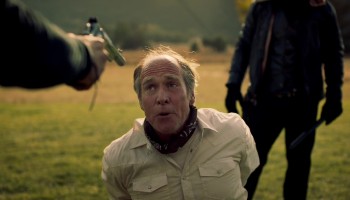 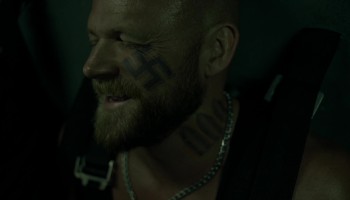 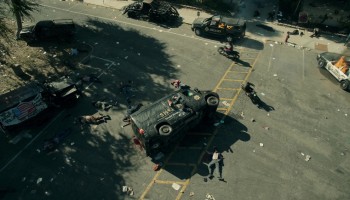 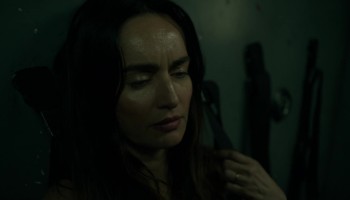