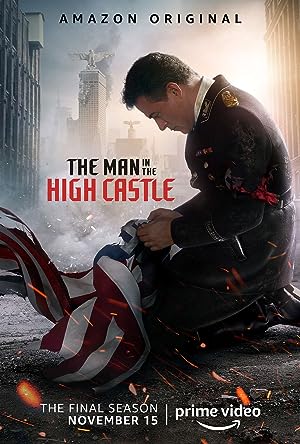 In the parallel universe, Nazi Germany and the Empire of Japan have divided the United States into the Greater Nazi Reich in the east, with New York City as its regional capital, and the Japanese Pacific States to the west, with San Francisco as the capital. These territories are separated by a neutral zone that encompasses the Rocky Mountains. The series starts in 1962 and follows characters whose destinies intertwine come into contact with newsreels and home movies that show Germany and Japan losing the war. The title of the series refers to the mysterious figure believed to have created the footage.

The pilot premiered in January 2015, and Amazon ordered a ten-episode season the following month which released in November. The second season of ten episodes premiered in December 2016, and a third season released on October 5, 2018. The fourth and final season is scheduled to premiere on November 15, 2019.