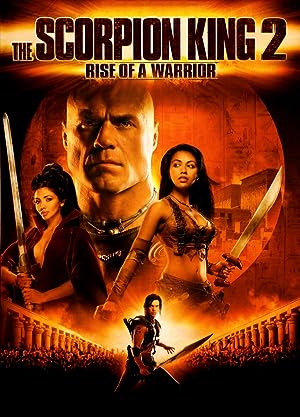 The Scorpion King 2: Rise of a Warrior (2008)
109 min|Action, Adventure, Fantasy|19 Aug 2008
3.8Rating: 3.8 / 10 from 13,030 users
After witnessing his father's murder by the hand of the ruthless General Sargon, Mathayus travels to the Underworld to retrieve the enchanted Sword of Damocles from the dark deity, Astarte. Can he thwart the usurper's megalomaniac vision?
Director: Russell Mulcahy
Creator: Randall McCormick
Actors: Michael Copon, Karen David, Simon Quarterman, Tom Wu

In Ancient Akkad, Mathayus grows up as the proud son of Ashur, a captain in the world-renowned military corps of Black Scorpions, first-rate bodyguards, most of which are sent to courts wide away. By objecting to young Mathayus joining the corps, Ashur incurs the undying enmity of ruthless generalissimo Sargon, gets killed and the orphaned knave is shipped off to a desolate training camp for six years by king Hammurabi’s clemency. When he returns as a Black Scorpio, Sargon has bloodily seized the throne and demands cruel proof of blind loyalty. Mathayus refuses, becoming a chased hero. With youth friends, the resourceful Greek Pollux, and various mercenary warriors, he embarks on a daring quest to obtain a legendary sword from Sargon’s magical ally, the war goddess Astarte.

I honestly think, that the current rating of 3.8 is not doing this movie justice, and I will try to find words why I think so. The action (which I would say is most important here) was actually pretty well done (at least as far as a PG-13-movie can do it), that is the fights were well choreographed, and slow-motion was used quite effectively. I would exclude the scenes of Randy Couture wrestling down his opponents because I wasn’t aware that the Egyptians invented the WWF as well. As for the characters, they were likable although cliché (then again, so were the characters in the first movie).

At least they were not the type of unlikeable idiots, one has to deal with in many horror movies or comedies. They were all well cast, with the exception of our hero’s mother, who looked totally out of place for the setting. Also, I have to say, I never quite felt the charm that some reviewers attest to Dwayne Johnson in the first part. I thought he did not do well as the main character, at least in this kind of movie. I would even go as far as saying that Michael Copon looks the part better than The Rock does. 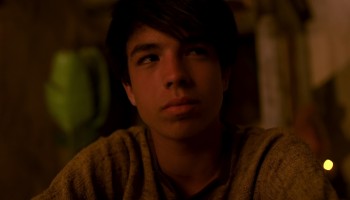 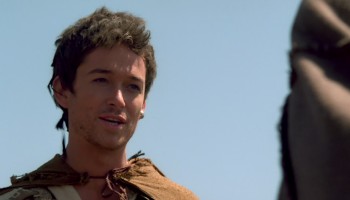 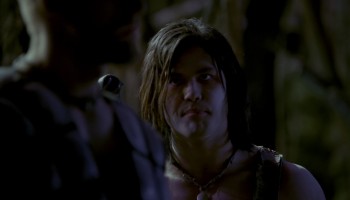 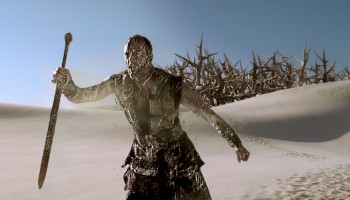